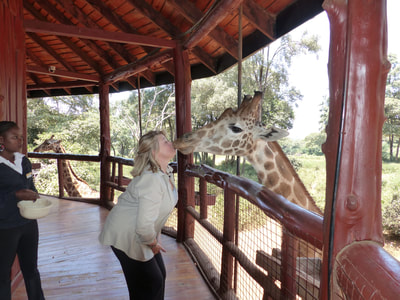 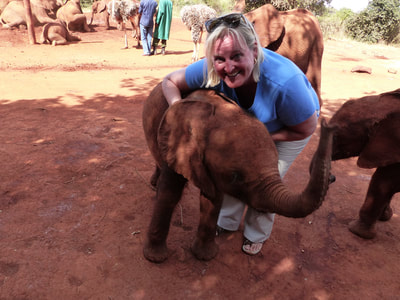 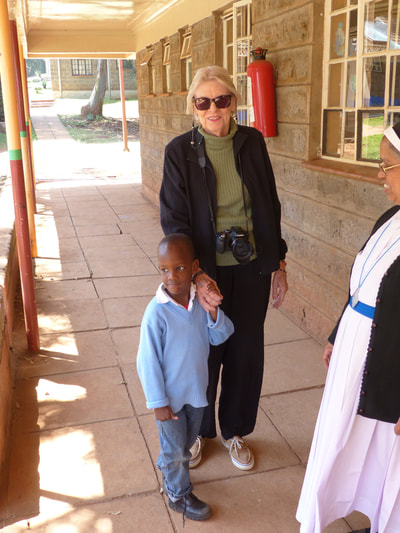 27th June 2021: Tour of Giraffe Center, Karen Blixen Museum, & Sheldrick Elephant Orphanage:
Our tour starts at the Giraffe Center, an elevated treetop aerie where we may hand feed giraffes, quite literally face–to–face. The Center has a feeding platform where they exchange kisses with visitors for pelleted food.  Then we will proceed on to the Karen Blixen Museum. Karen Blixen Museum is located on the outskirts of Nairobi on Karen road. Its history dates back to 1914, during the First World War, with the arrival of Karen Blixen from Denmark. At the foot of Ngong Hills, Karen Blixen established herself as a farmer. After her departure in 1931, the suburbs retained the commemorative home of Karen. The Danish government donated the house, and the surrounding land to Kenya after independence. The house was restored by the Danish government, and was used during the filming of "Out of Africa" which immortalized Karen Blixen's book by the same name. The museum was opened to the public in 1986.  From there we will go to the Sheldrick Elephant Orphanage for our visit with the baby elephants.  Daphne Sheldrick is a world–class conservation figure and the premier authority on the successful raising of milk–dependent infant elephant and rhino orphans. During this time the baby elephants are brought out to play and to feed, and visitors can watch and interact with them. Wardens are on hand to explain the work of the orphanage and to answer any questions.

29th and 30th of June 2021: Masai Mara.
After the rains when the first flush of grass turns the Masai Mara’s golden savannah green, the most mesmerizing wildlife spectacle anywhere takes place here: The Great Wildebeest Migration.
Between the months of July and October one and a half million wildebeest, accompanied by vast numbers of zebra and gazelles make the long and dangerous trek from drier lands in Tanzania, northwards to this corner of Kenya.
Lines of animals stretch as far as the eye can see across the plains. They come to give birth to their young and the grasslands echo with the sounds of the new-born.
It is a time of plenty. But it is a time too when the predators are drawn from all around. High above on the hot winds the carrion birds, the vultures and eagles, soar. In the long grasses lion, cheetah, leopard and hyena prowl.
Most dramatic of all is the moment when the migration arrives at the Mara River. They must cross it to reach the rich grazing. As the animals throng, crocodiles cruise the waters. Then the bravest takes the plunge into the swirling currents and thousands follow. 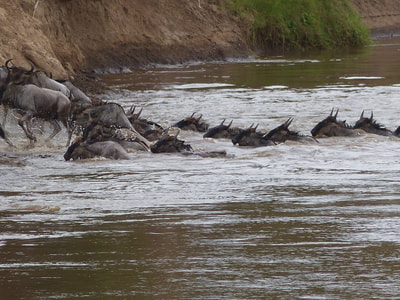 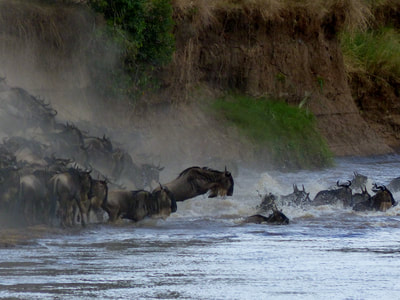 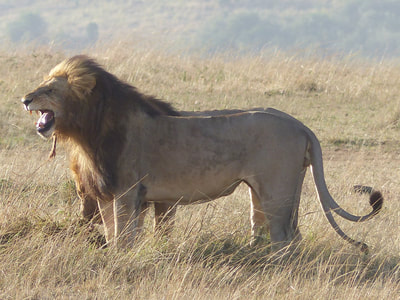 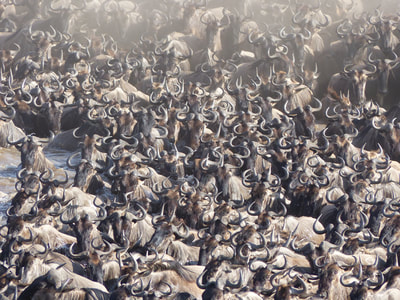 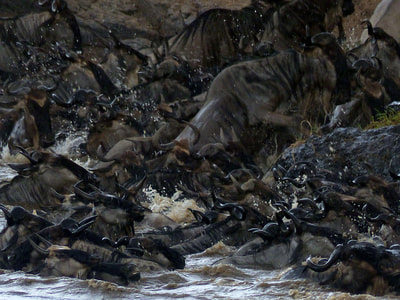 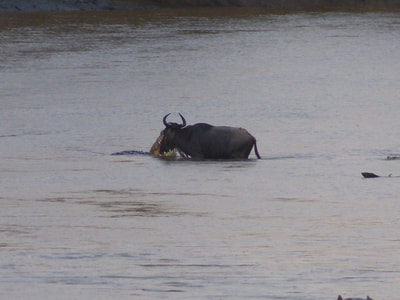 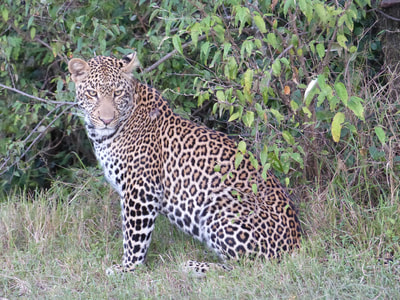 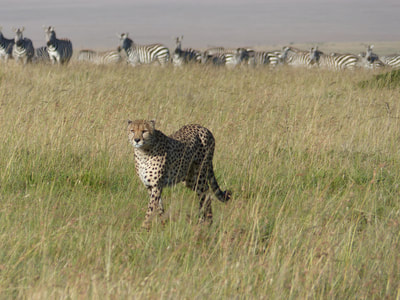 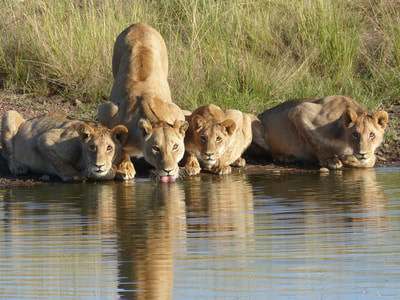 1st July 2021: Masai Mara. Transfer to Tangulia Camp we will be met by our host for the next five nights, Jackson Looseyia, and his staff, who will see to our needs throughout our stay at Tangulia Camp.

Here we will concentrate on the big cats and smaller animals of the Mara ecosystem.

6th July 2021: Fly to Nairobi. Transfer to hotel for dayroom use.
Day rooms Four Points by Sheraton Nairobi Airport (B)


Terms and conditions:  All payments are non-refundable.  Medical evacuation insurance is mandatory.

1.    Accommodation at Emara at Ole Sereni Hotel, Topi House and Tangulia Mara Camp as stated above
2.    Dayroom use on the 6th of July at Four Points by Sheraton Nairobi Airport
3.    Park and conservancy Entrance fees
4.    Meals: All Meals beginning with breakfast on the 27th included except dinner on the 27th.
5.    All airport and airstrip transfer in Nairobi and Masai Mara Game Reserve
6.    Transfer from Topi House to Tangulia Mara Camp on the 1st of July
7.    Bottled water in Nairobi and also on Safari
8.    Flying Doctor Services
9.    Internal domestic flight (Nairobi – Masai Mara – Nairobi on the dates indicated)
10.   Nairobi Tour ( visit to Daphne Sheldrick/ Karen Blixen Museum/ Giraffe centre) 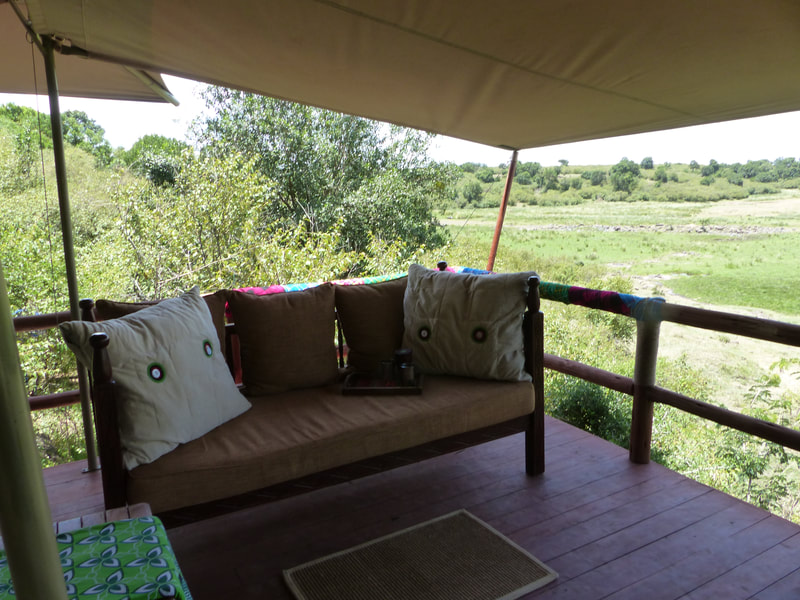 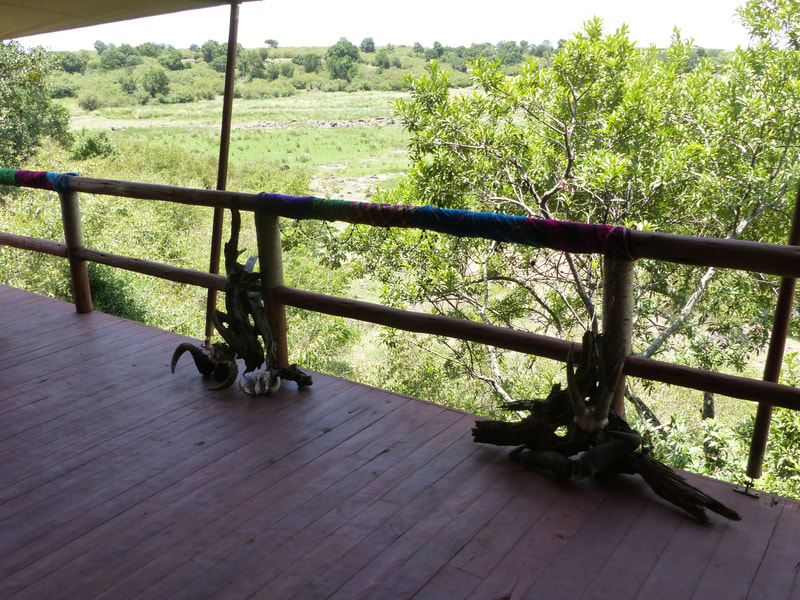 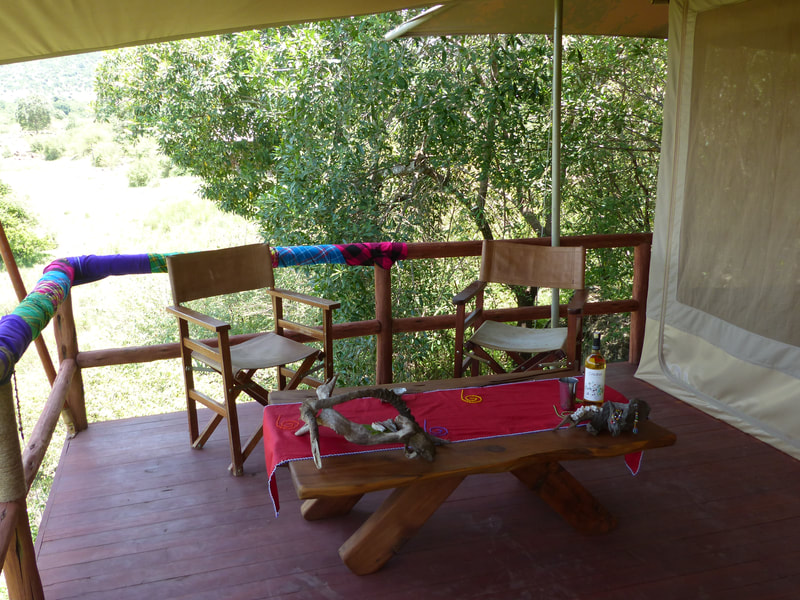 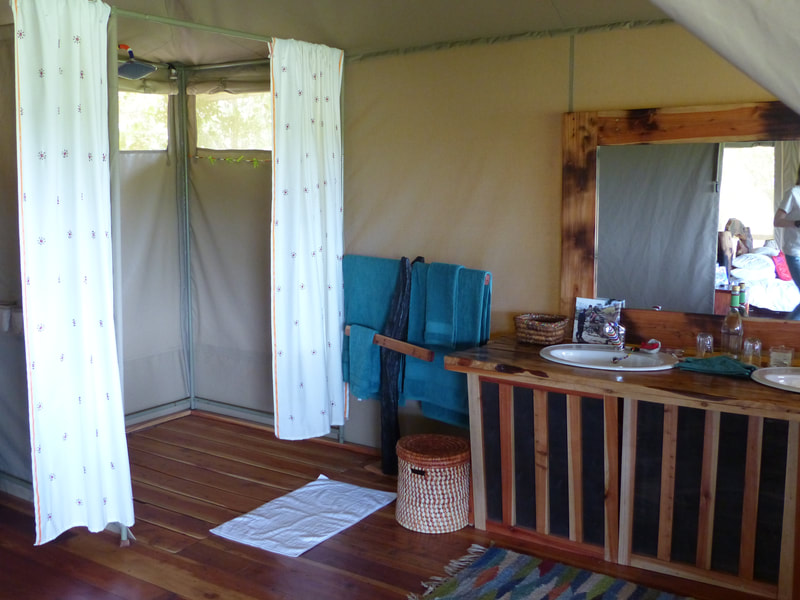 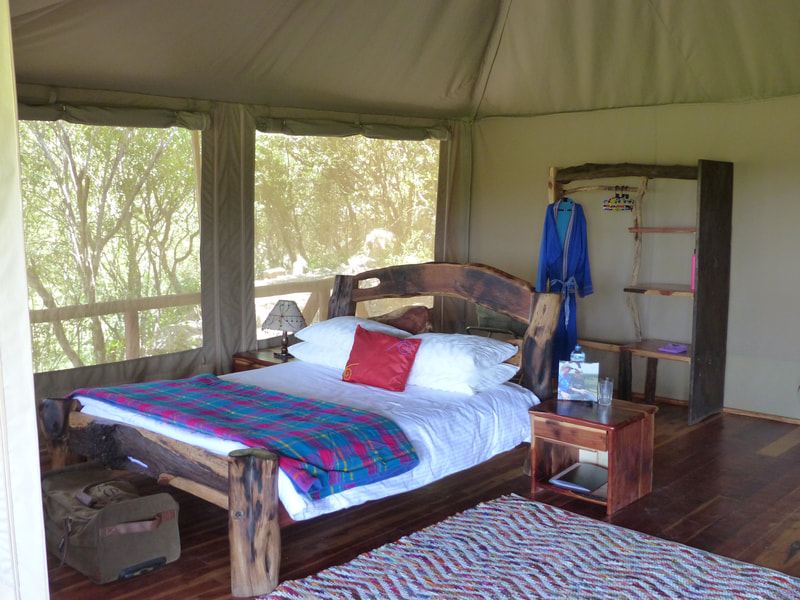 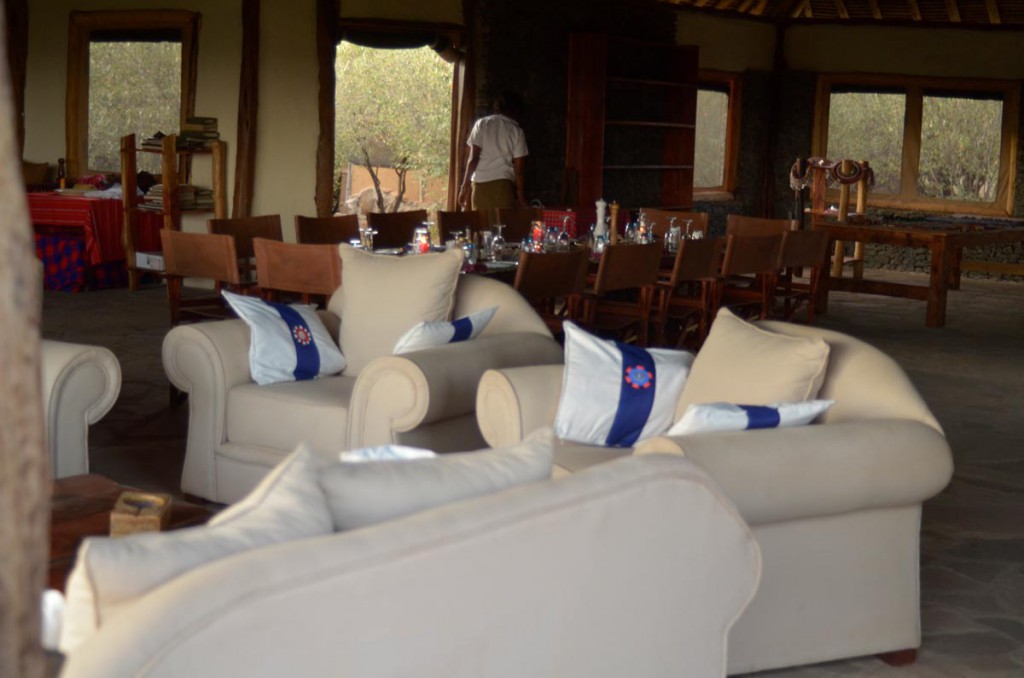 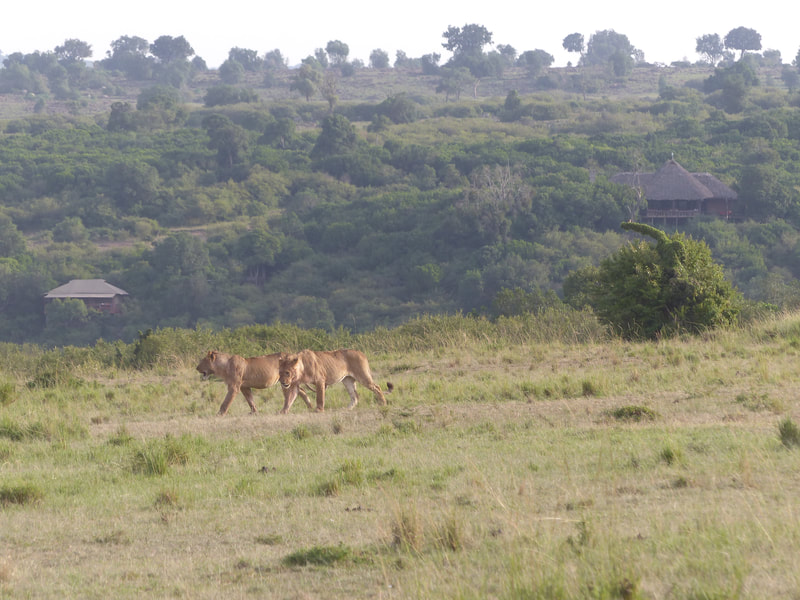 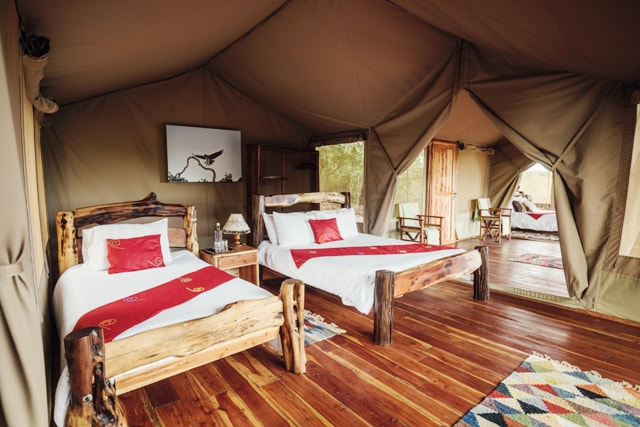 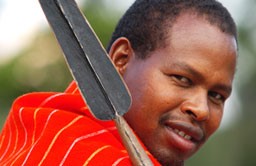 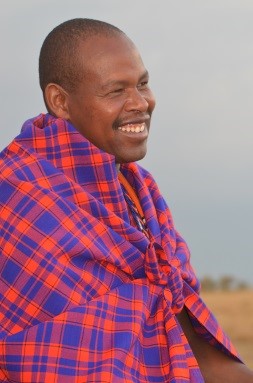 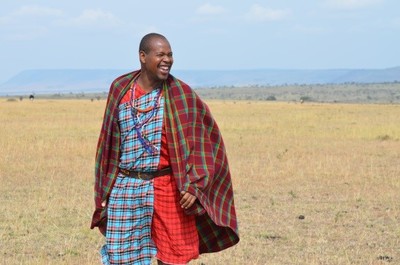